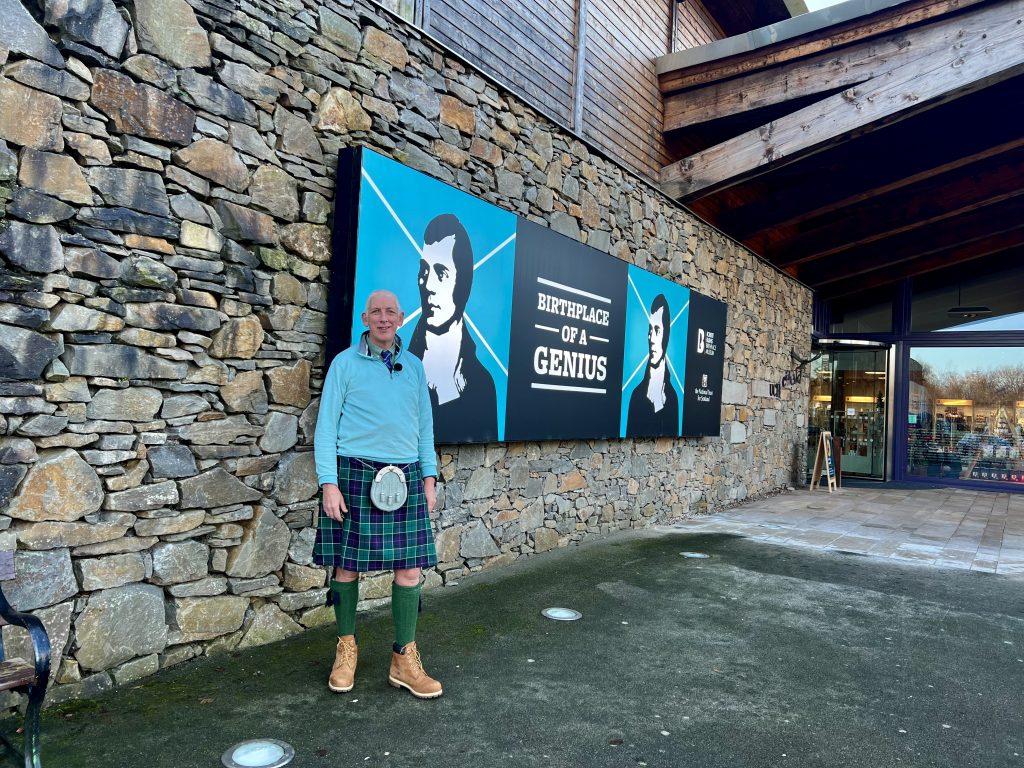 Robert Burns was born in 1759, and his birthday is celebrated with Burns Suppers in every country and continent in the World, including Antarctica. He is possibly Scotland’s best-known son and a cultural icon chosen as the Greatest Scot in a national poll.

Burns burst onto the scene with the publication of his first volume of poetry, known as “The Kilmarnock Edition”. Its immediate, overwhelming success encouraged Burns to move to Edinburgh, where he became a celebrity, establishing a wide circle of influential friends.

Burns was a master of the narrative poem, nowhere better illustrated than in his epic poem, Tam O’Shanter.  The story tells of a farmer who ignores his wife’s advice to go drinking with his friends.  Leaving the pub in the midst of a mighty storm, Tam passes Alloway Church where sounds of music and dancing are heard. Made bold by the alcohol, Tam goes to investigate and sees a wonderfully described scene where witches are dancing for the devil. Tam foolishly reveals his presence, and there is a dramatic race to safety, with the witches chasing Tam on his horse, Meg, whose tail is caught by the witches, just as Tam is carried to safety!

His fondness for the fairer sex is well known today, and it frequently got him into trouble with the church. He had many affairs, fathering at least 3 illegitimate children, although he eventually married and settled down with the true love of his life, Jean Armour.

Hard physical labour took its toll on his health as he increasingly turned to his passions of drink, women and poetry. He died aged only 37, possibly from rheumatic fever, and was buried with full military and civil honours.

The first Burns supper was held only five years after his death at Burns Cottage. Burns clubs started to be established at the same time, and continue to this day.

I have now completed 100 tour jobs, and my 100th was a little bit special – cruising around…